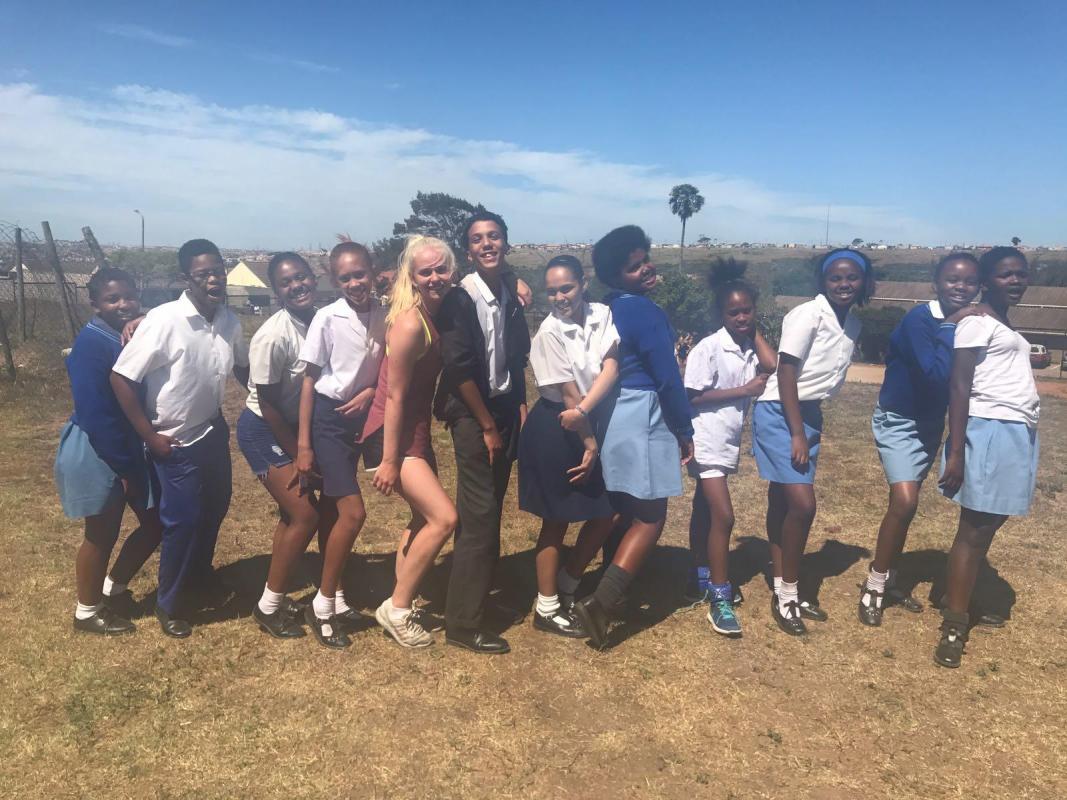 My name is Mariska Welzenbagh and I am 21 years old. My hobbies are gymnastics and dancing. I am currently a third-year Sports Science student at the Hogeschool Inholland in Haarlem. Through United Through Sport I did an internship for 12 weeks in Port Elizabeth in South Africa.

“I have built an incredibly good relationship with the children and had a lot of fun!”

This internship was one of the most wonderful experiences ever. I can still remember my first week of coaching very well. On the first day I did not know what I saw, all those children who were eager to work out with me. They looked at me with wide eyes and immediately started to touch my hair. I was posted on Netball but had never played Netball in my life. No problem, because I had researched it. Later I decided to give Netball only because I really enjoyed it. Best decision ever. I have built an incredibly good relationship with the children and had a lot of fun. Every week they cheerfully received me with hugs, dances and songs. I also had two office days to work on my research. I was allowed to investigate the difference between the MPP children and the JSE children on the basis of various aspects. It was a nice research because I found out how good the JSE program is and what it does to the children. If I wasn’t busy with coaching or researching for a while, I would have had a good time. On days off we were often found in the pool cafe, the karaoke bar or the night club. I really had the time of my life here.